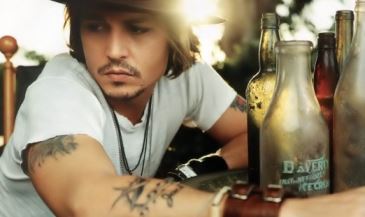 Whenever I used to watch the discovery channel, I always thought that life of animals is so difficult. They are always fighting for survival. Even for the basics like food and shelter, they have to compete with so many other animals. Matters are worse if they have to mate, they try hard, stay fit and go up against so many other males, even risk their lives to get that one female. But wait a minute, isn’t that what we do too? Life of a man is no different than life of an animal. Of course we don’t bite each other off or sniff around looking for partners, but we are basically doing the same things, with same vigour and dedication. And just like in animals, (take gorillas or lions for example) there is one Alpha Male, who wins the battle of life and rules the jungle, we too fight the everyday battle to become the king of our worlds, to be complete, to reach the pinnacle of our abilities and to become an Alpha Male.
With so much evolution in our bags, passing the basic levels of ‘the road to being Alpha Male’ is relatively easy, but reaching on top of the table and staying there may take some doing.  John Romaniello and Adam Bornstein have come up with a set of rules (or pointers you can say) which may help you climb the ladder.
Rule 1 – If you think watching a film is more important than spending an hour in the gym,

you can let go of your Alpha dreams. Do not hesitate in sacrificing little pleasures or tasks for the sake of bigger and more important objectives.
Rule 2 – One of the most important qualities in an Alpha is problem solving skills, which needs a clear understanding of any given situation. If you know when to break the door open and when to use a key, you are doing it right.
Rule 3 – Constant learning is a part of the life of Alphas. Don’t injure your ego too much if you don’t know something. Keep your eyes and ears open, absorb everything, learn and then show them how it’s done.
Rule 4 – Being good? No, being great at sex is a pre-requisite. But don’t just be a bear in bed who takes pride in lasting long, be a smart guy, explore what your partner likes or dislikes, make yourself and your techniques irresistible and she’ll never want to get out of the bed.
Rule 5 – Alphas can’t be bullied into anything neither can they be manipulated, which leaves no reason why you should do what you don’t like. If you don’t like something, NO is the answer.
Rule 6 – Do not prevent yourself from doing something just because someone might get upset. Do what you feel is right, even if it means breaking rules, you can always apologise later.
Rule 7 – If you are telling someone that they are not doing it right, you better show them a superior way of doing it or shut up. This rule applies for everyone but Alphas should comply by it more religiously.
Rule 8 – Nothing looks better than a well fitted pair of pants or a suit. Instead of spending $2000 on a suit that doesn’t fit, spend 2 extra hours in the market in order to find the one which is meant for you.
Rule 9 – Giving a compliment to someone, when they deserve it, is one of the best ways to improve your social skills. You’ll see how much love you’ll get when you give some, but don’t fake it.
Rule 10 – Don’t excuse yourself to the bathroom when the cheque arrives, instead be the first one to reach for it. Doesn’t matter if you are the guest or the host, showing willingness to pay is a nice way to convey that you care and are willing to shoulder even financial burdens. But don’t fight too much if the other one insists on paying.
Rule 11 – There are always going to be people who will be jealous of you and someone or the other will come along with their bunch of insults. Don’t retort, just give them a smile in return. There is no point in stooping down to their level.
Rule 12 – Kids blame others for their mistakes, Alphas don’t. There are going to be times when you commit a mistake, admit it, laugh about it and take it in your stride. You should be able to stand up for your actions, even when they are wrong.
Rule 13 – As an Alpha you have to take the lead. When people need suggestions, like what to order, where to meet or when to meet, don’t stand blank, come up with a proposition, make things happen.
Rule 14 – If you have won in life without taking risks, you have had it too easy. Do not shy away from taking risks. Even if you lose, you will learn a lot from your experience. Remember, the bold one never really loses.
Rule 15 – Don’t limit your cooking skills to making a cup of coffee, be efficient, get inside the kitchen more often, take up a cooking course if you need a little more help but learning to cook good food is a must. It is one of the most basic human skills and you should be proficient at it.