Being healthy should be your priority no matter what. Unless you feel physically fit, you will not be your best self. Studies have found that there might be a way you can keep the growth of gut microbes under control. The key lies in eating less protein in your day to day life. 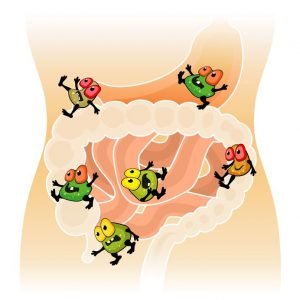 Controlling the Gut Microbes: Protein has nitrogen which can accelerate the growth of bacteria instead of curbing. A study conducted on mice found that the amount of nitrogen consumed by them affected the growth of microbes in their large intestine. This phenomenon was reported in Nature Microbiology by researchers who can use this knowledge to learn more about gut bacteria. They might be able to find ways one can manipulate the different types of gut bacteria, so they do not contribute to ill health anymore.
Researchers have always known that there is some substance out there that can reduce bacterial growth. According to Thomas Schmidt, who works at the University of Michigan as a microbiologist, says that if it were not for the limiting factor, we would have a bigger problem with ‘E.coli’.
Scientists have not been able to identify it and control microbe growth because they might have been looking at the wrong nutrients all this while. Schmidt admits that scientists had failed to understand that microbes fed on multiple elements which could result in accelerated growth. A lot of people had assumed that carbon was the diet for microbes. They warned against consuming too much fibre and sugars. However, recent research states that nutrients like nitrogen are just as important to microbes, if not more, than carbon. If bacteria consume nitrogen, they are likely to multiply faster.
Findings of the study: Aspen Reese, a microbial ecologist in Duke University, knows that most ecosystems require nitrogen as an essential element for growth, but the catch is that it is a rather limited resource. Reese began in-depth research into the subject by organising a massive experiment. Along with her colleagues, she began collecting the feces of 30 mammalian species so she should measure their carbon and nitrogen content.
It was found that herbivores had the maximum carbon concentration, and hence the lowest nitrogen level. The feces of carnivores and omnivores also have a significant amount of carbon, but they have more nitrogen relatively. Gut bacteria usually have limited access to nitrogen, but Reese found that they used up all the nitrogen they could if they got the opportunity.
Reese and her team experimented with the mice by reducing the amount of protein in their diet to see if it would cause any change. The less protein in the diet automatically decreased the amount of nitrogen in their bodies.
After the rodents’ feces were collected, researchers found that there were fewer microbes present as compared to when the mice had no food restrictions.
All the results, when combined, seem to convey that nitrogen is one of the main factors that affect bacterial growth. Not all the gut microbes are bad for health, but some of them can cause damage if they multiply too much.