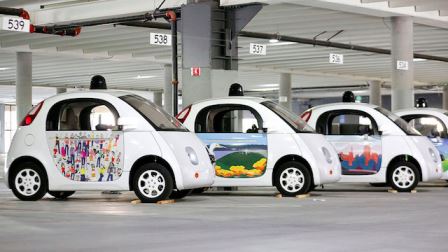 Lovers of imported cars may have a new reason to rejoice as changes to the Motor Vehicle Act promise to introduce a new rule whereby consumers can directly import car models from overseas. In this article, we look briefly at both sides of the debate on whether it’s good or bad for buyers.

If you’re a lover of imported cars (who isn’t?) and have the financial wherewithal to occasionally buy one, so far, your only option was to go to your local Australian car dealer and see what he has available. But now, with changes being made to the Motor Vehicle Act that will go into Parliament this year, you can potentially import overseas cars directly without having to go through Australian dealerships.

This will be in effect from 2018, provided it gets passed in the Parliament and the Senate.

The new rules are unlikely to affect anyone but a small fraction of the Australian 1.1 million strong new car buying segment, because unless you’re going for a high-end luxury car, you will still be better off visiting your car dealer.

Proponents of the new rules claim that this will bring in competition and impose downward pressure on prices, ultimately making it a good deal for all car consumers. If a manufacturer chooses not to sell a model in Australia, for example, a customer can now have the option to source the car from overseas.

Consumers will also have the option of shopping for discounts. For instance, an identical model may be selling for a higher price in Australia but at a discount in England or Japan or India. This will probably result in lower prices across the board, which can only be a good thing long term.

Not all luxury car companies or dealers like this proposal, however. The spokesperson of Porsche Australia slammed the government for taking roundabout ways to bring prices down, opining that an easier way of bringing prices down would have been to waive the Luxury Car Tax.

This may not even be a good deal for the customer, the spokesperson said, because any car thus imported directly from overseas would not be covered by warranty, not to mention that the car’s design would not be suited for local conditions. As an example, the air-conditioning in most Australian models is designed keeping in mind the weather conditions of the continent, whereas an overseas model may not be similarly suitable.

Porsche Australia claims, therefore, that the new rules could turn out detrimental for consumers.

While the debate is only just beginning, the Australian Automobile Association has extended its voice of support for the new legislation, so it does look at the moment like the new rules will be passed in the required places and come into being by 2018.