About a month ago, Prime Minister Scott Morrison visited drought-stricken areas in Australia to meet with farmers and assess the effect of the drought on their farms and produce. During the tour, he was quoted as saying that he will prefer to leave the discussion surrounding who and what is responsible for climate change “for another day”. He went further to say that in his opinion, the farmers do not care much about what or who is to blame for climate change and that he has not taken part in debates about climate change because he is more interested in policies that will address the problem of drought. In essence, the Prime minister was telling the farmers that he is not ready to establish legislation that will reduce emissions by 26% according to the Paris climate change declaration. My Morrison was also alluding that the farmers are not interested in climate change discussion, but in finding solutions to the drought as soon as possible.
In response to these comments, The Australian Conservation Foundation has sponsored a TV advertisement featuring drought-affected farmers who hold the view that global warming caused by human activities is one of the reasons for the present drought we are experiencing in many placed Australia-wide. In the ad, the farmers will also plead with the Morrison government to take stringent measures to curb emissions.
To ensure that as many people as possible see the ad, it will air during prime time and the NRL Grand Final in three of the country’s largest capital cities. The ad seeks to let Mr Morrison know that the farmers are interested in having a “debate” about climate change with anybody who wants to challenge them rather than just get practical assistance for their present situation. Thus, the add is letting Mr Morrison know that in addition to the short-term solution to their problem, the farmers are also interested in the long-term solutions to the problem of climate change which they say is responsible for the drought.
The Coalition was interested in plans to promote a 26% reduction in emissions by coming up with legislation that will target the energy sector. However, in the last days of Malcolm Turnbull, they abandoned that plan. Even though the present administration is still committed to the Paris climate change accord, they do not have plans to impose them on companies as legislation. According to a farmer, Jody Brown, climate change is to blame for the severity in the drought, which is why the government needs to implement the Paris agreement. This will force companies to stop coal burning and encourage more commitment to renewable energy.
In an address to delegates at Labour’s Country conference, Joel Fitzgibbon, who is Australia’s shadow agriculture minister opined that Labour needs to hold some regional seats if they are to have a shorten government. This will then allow the government to take proactive action on climate change. 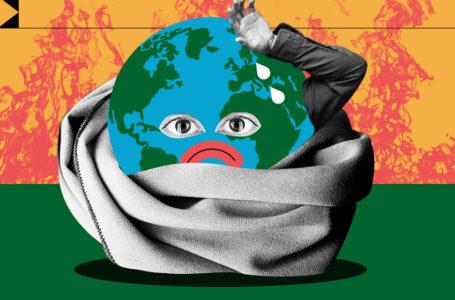 CLIMATE CHANGE AND THE UN: WHAT YOU...