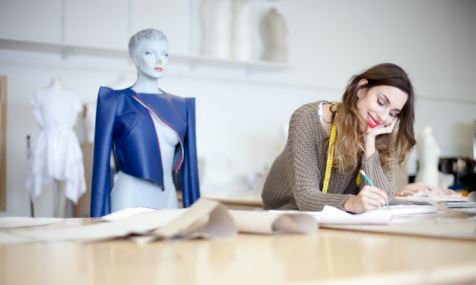 The gathering of high fashion at one of the world’s largest art museum made us think about the connection of fashion with fine art.The red carpet exhibition with the theme ‘Punk: Chaos to Couture’ at Metropolitan Museum was one of the many perfect examples of the long established relationship between art and fashion industry. The exhibition was seen to concentrate on punk’s impact on high fashion since the movement’s birth in 1970,all the way to its continuing influence today. The punk movement has been said to beinfluenced by artistic developments such as Dada and Postmodernism and had an equally powerful impact on fine art with artists such as Jamie Reid.
Many leading fashion designers have been seen to take inspiration directly from visual artists. At New York fashion week 2013 Ronaldus Shamask, the 1987 Council of Fashion Designers of America menswear winner, reincarnated the Dutch De Stijl painter Piet Monderian’s minimalist grid-based art for the show stopper look at his runway show.
Fashion industry and fashion designers have been greatly influenced by fine art from Medieval Art to Impressionism, Cubism, Abstract Expressionism and Street Art. Fashion designer Jean-Charles de Castelbajac chose Pre-Raphaelites as his idol while designing his Fall/Winter 2013 collection. The French designer has always been known for his classic way ofappropriating historic paintings into his clothing and this is an idea that has been taken immensely well by fashion critics all over the world. Fashion is all about innovation and multitude of cultures.