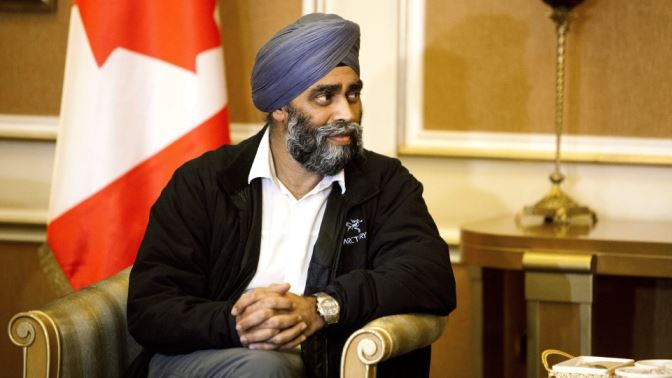 Canada’s Defence Minister, Harjit Sajjan, is a real life war hero who spent a whole career running intelligence and secret spy operations. In this article, we tell you a little about the minister’s colourful past, and his present views about defence.

We don’t know if intelligence spies really live lives as colourful as those depicted in the James Bond movies and novels, but if a letter of appreciation that has come into the public domain recently from the commander of Canada’s Coalition task force in Agfhanistan is any indication, Canada’s new Defence Minister, Harjit Sajjan, is one real life specimen of the ultimate spy and war hero.

Recent pictures of Sajjan on the internet depict him in mean combat gear, but that is neither for PR nor to make a statement. It turns out that Sajjan was a real-life veteran of espionage and war.

Here are a few things that the letter proclaims about Sajjan that should make every Indian (Sardar or not) proud.

In his new role as Defence Minister, Sajjan chose – in typical fashion of all intelligence officers – to downplay his achievements and maintain a low key. He said that the military of a country is a big team and individual achievements within the organisation are not possible without the support of the larger whole.

However, he did mention that while we all celebrate achievements in war, we must not forget that it must be used as the last resort. ‘Governments must ensure that they put troops at the risk of their lives only as a last resort, after knowing that all other alternatives have failed,’ he said. ‘We must always strive to find other methods to fulfil our objectives.’

Indeed, if one looks at the history of war, they can be seen as humanity’s failure to negotiate. Having such a balanced person at the helm of defence will do Canada a world of good. We wish Minister Sajjan all the best in his new avatar.