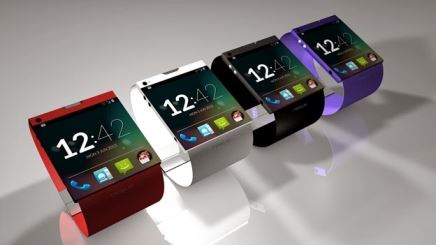 2014 was certainly one of the most pivotal years that saw a tremendous encroachment of technology. With a remarkable line-up of new technology gadgets, a new benchmark of innovation was created. Let us view a flashback of some of the most extraordinary gadgets that were introduced in the global market in 2014.

It all started with a few high-profile technocrats putting up their pics on twitter showing off the latest creation of Google. Through Google Glass, you will be able to interact in a better and cooler way with the world by staying connected to the web and clicking photos through voice command.

Apple iPhone 6, the much-awaited, hyped and newest masterpiece from the US-based company hit the global market in 2014 with a wave. The newest addition to the flagship iPhones tackled other smartphones head-on, with an improved fingerprint reader and surfeit of other features that Apple had always been keen to introduce. Apple has always stayed in pole position when it came to new technology gadgets.

BMW finally introduced i3 into the market in 2013, but Nissan rolled out Leaf which tackled BMW head-on. The interest in electric cars has reached pinnacle with many new models about to hit the market in 2015.

Firstly, there were normal television sets. Then, with the advent of new technology gadgets, we switched to High Definition television sets where the quality of picture was enhanced. 2014 saw the next level of HD TV as Ultra HD TVs were introduced in the market at colossal costs. With 4k resolution, these cool gadgets are on the verge of taking over the world of technology and are backed by gadget insurance policies that will secure your TV in case if it sustains any form of damage as such.