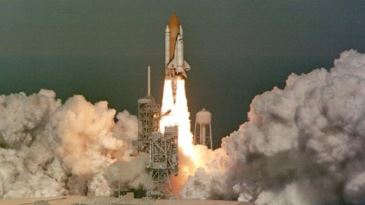 Do you wonder how individuals become rich? Is there a theory, a potion or a secret recipe to become successful and mint money? How can common people like you and me suddenly rise up to become masters of trade, coining and creating money every second? Number crunchers can provide market research analysis, the amount of direct investment, consumer behavior reports to analyze this situation but the fact remains that Big Business is made Big not by money but by Big Ideas. In the world of income and expenditure, the only thing that matters is how others debit their account balance to credit in your account. As the line goes, business is all about making profits.
Consumers pay for a product or a service, and entrepreneurs/businessmen create or produce the product or a service. The hush-hush about business is to know something that nobody else knows. In ancient times the barter system was used to trade products or services, but with the invention of currency the barter system dissolved into business where transactions for the same product or service were negotiated in the form of gold, money etc. As the population increased, demand for the products too expanded. Services were charged. A chain of demand and supply commenced to satisfy the growing needs of the consumers.
The big bad daddies of the business world have enormous control over the market. They dictate and bend the ways of doing business, but in the recent past a new breed of entrepreneurs have emerged who have challenged the big daddies and have created a niche for themselves through their unique business ideas and ventures. You do not need a sliver spoon or be born in a family of entrepreneurs to commence your venture. Many examples show that big business of today were mere startups with an investment of a few hundred dollars. College dropouts, technological experts, students from business schools all have initiated their businesses with little capital and have succeeded extraordinarily.  The leader in social networking, Facebook, search engine giant Google, Michael Dell, Bill Gates, Indian business tycoon late Mr. Dhirubhai Ambani are the best examples.
India, which is still considered primarily as an agrarian country, is showing a collage of opportunities to the world about its development in sectors apart from agriculture. Post liberalization India has achieved landmark success and a status of progress icon in a variety of fields. The GDP growth of India has already crossed USD 1 Trillion and is likely to double by 2020. India will be the third largest economy in the world by the year 2020. The Population of India, which once was considered a jinx, is now acting as a boon to India’s progress. Today India is one of the youngest countries with 50% of population under the age of 30. 75% of Fortune 500 companies gain knowledge resources from India. It has carved its niche to be a global R&D hub. Foreign Direct Investment in various sectors like automobile, retails, telecommunications and insurance have opened a new window for growth and prosperity.
No firm or a business is a blue chip investment by birth. You have to build up your reputation and strategize your resources to attain the vote of confidence from investors. Today India is a potent nation with strong infrastructure, rapid economic growth, and development in science, technology and education. It is also the hub for producing highly competent global leaders. Entrepreneurs like Narayan Murthy, Ratan Tata, LN Mittal, Chanda Kochar, and the Ambani brothers are well known global business leaders who have adequate trust of the investors. Tata, Reliance, Infosys, TCS, Birla, Mittal, Godrej, Mahindra and many more are home grown multi-national corporatins and renowned business houses. Knowledge is at the core of India’s transformation and rapid progress. It is the land of limitless possibilities and is the most admired market for investors around the world.
The advent of new entrepreneurs has encouraged a new wave of startups in India. The age old method of earning your living by working under an organization has taken a back seat. The mantra is to focus on offering jobs than to receive one. Unique ideas and strong will to implement those ideas are the backbone of such startups. Also, easy accessibility to loans and readiness of angel investors are the other factors that are rapidly resulting in the phenomena of starting your own venture.
The success of such startups is noteworthy if we glance through the list of entrepreneurs who have yielded over 100 crore turnover. Mr. Kailash Katkar’s antivirus software business, Subhash Kapur’s empire of helmets, Sarita and Suparna Handa’s home furnishing enterprise are some of the examples from Indian soil. These were the common people who dreamt of doing something new and today are successful capitalists with a thorough belief in their service and product. Many of them had no formal knowledge or training in business.
From technology to lifestyle and from fitness to realty, men and women are taking risks and putting in resources to achieve the much admired venture of their dreams. The phenomena of drafting your own policies and entering the competitive market is on a roll. The increasing and diverse demands of consumers and their augmented purchasing power has encouraged entrepreneurs to juggle with new and different business ideas.
So if you have a business idea and want to implement it, don’t just wait and watch, because unlike your fixed deposits these ideas will not yield any returns unless you implement them. Take the plunge, enter the trade and craft your own commerce.