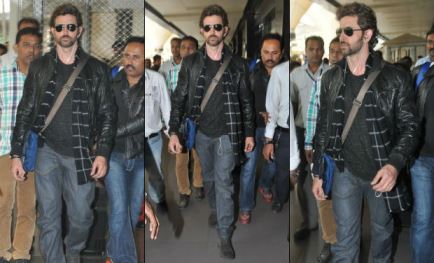 India’s Greek God, Hrithik Roshan is all set to perform at the 15th International Indian Film Academy (IIFA) Awards that will take place in Tampa Bay, Florida. Apparently the actor is really excited about the event since he’ll be performing in US after an entire decade. Hrithik said, “I have been a part of many IIFAs where I have performed at different locales. IIFA was in fact my first international performance and something I have always treasured”.
He also added that he is looking forward to meet his fans there and that this year’s event will be the best one so far. The blue-eyed star was asked to comment on his ‘dance like no one’s watching’ abilities, to which he politely said, “It’s a myth. Who says I dance like no one’s watching me?”
Hrithik assured that this year he will perform more methodically and with a lot more energy. The mega-event which will start from 23rd April will be co-hosted by Farhan Akhtar and Shahid Kapoor.