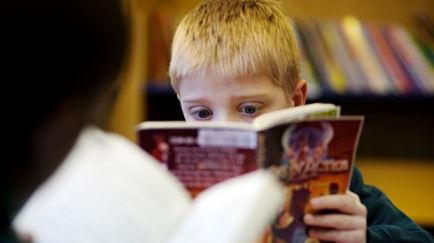 We all aspire to educate our children in the best way possible by shelling out colossal amounts of money, just to enrol them in the best pre-schools. We want them to read more and become knowledgeable and in that process, we are slowly becoming oblivious towards picture books.
The reason for the same lies in the fact that we want their learning to be sophisticated and not picture-based. And this is exactly where we are wrong as the chances of your child adapting to a picture book are relatively more than a book that consists of mostly text. Furthermore, the trend of audio books has picked up over the past few decades. Children love it when someone narrates a story to them and they listen to that person with utmost concentration. That is the reason why most parents are nowadays going for audio books instead of picture books, while some parents do not have any second thoughts before spending money on EBooks.
Research has shown that a child is naturally attracted to pictures more than text as a picture tends to create a mental image which is processed frequently by the brain. Thus, if you narrate a story to your child through a picture book, then it is likely that they would remember it few years hence, only because of the same images that will form in their minds. Thus, a picture book plays an immensely important role in the development of your child and is definitely a better way of educating them than EBooks.