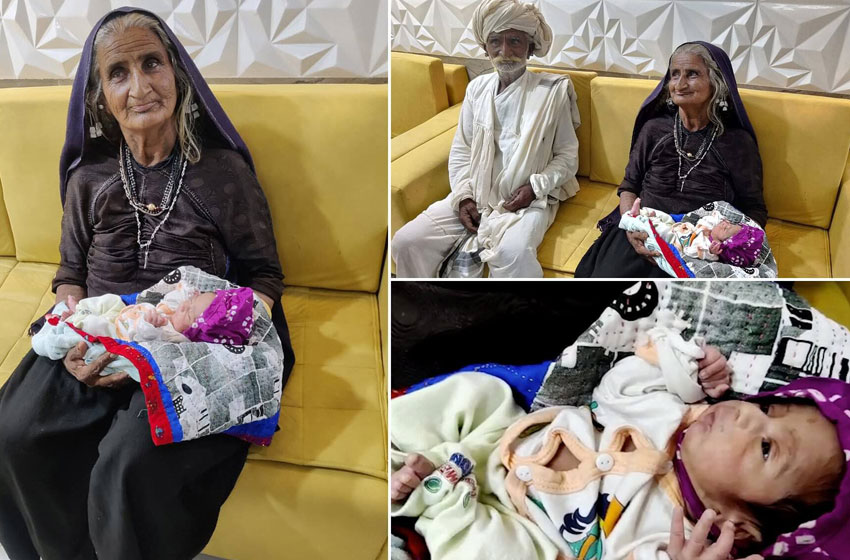 One of the oldest first-time mothers in the world gave birth in India recently. Jivunben Rabari is an astonishing 70 years of age. Her husband, Maldhari, is 75. Their baby boy, still unnamed, was born to the proud new parents through IVF, which is extraordinary given her age. And while Rabari does not have documentation to prove her date of birth, which is usual in older Indian citizens, she is widely believed to be accurate in her age.

Moreover, she is not alone in giving birth in her seventh decade. Indian woman Erramatti Mangayamma is believed to be the oldest to ever give birth, at the age of 74. She gave birth to twins in 2019.

The new parents, Rabari and Maldhari, live in the Gujurat region, in a small village called Mora. They were married in 1975 and have never been able to conceive successfully. However, IVF, which can be effective after menopause, came to their rescue. In effect, this is a miracle as the chances of a woman naturally getting pregnant this late in life is virtually zero. Even with the aid of IVF, it is extremely rare despite claims that a woman of any age can get pregnant if she has a normal uterus. However, women in their 60s and 70s having children through IVF in India is becoming more common as scientific advances and affordability improve.

Lastly, the world’s oldest mother is officially listed by Guinness World Records as Maria del Carmen Bousada de Lara, who was 66 years and 358 days old when she gave birth to twins in 2006. So if these Indian mothers can prove their ages, they have a shot at the title.