The Telstra Bollywood Dance competition (TBDC), is a much anticipated event on the Indian Film Festival of Melbourne calendar, and this year it coincided with Indian Independence Day. The event attracted a crowd of over 10,000 to Melbourne’s Federation Square, where dancers of all age-groups from across Australia battled it out for the cash major prize.

Some of Bollywood’s brightest stars judged the competition including Kangana Ranaut and Imran Khan from the upcoming film Katti Batti. Director Nikhil Advani also joined the judging panel, all of who had the tough job of choosing a winner from some of Australia’s best Bollywood dancers.

Kiku Sharda a.k.a Palak of Comedy Nights with Kapil also made an appearance, entertaining the crowd with impromptu dancing between acts which added to the festive cheer on the day.

Telstra created plenty of amazing experiences for the crowd including Molina Asthana who won the opportunity to sit among the stars at the Telstra Bollywood Dance Competition and also got to present the Telstra Viewer’s Choice Award to top grossing Bollywood film, PK at the Indian Film Festival Melbourne awards night.

Rajesh Magnani, Prakash Gupta and Srishti Gupta were the lucky winners of the Telstra Air SMS voting competition, and got to meet the one and only Palak on stage, where they took a selfie with the star and also received a Telstra Air prize pack that included a Samsung tablet.

The interaction with the Bollywood superstars didn’t end there, as Telstra gave people the chance to ask the stars a question.

When asked what inspired her to work on the film Queen by Dinusha Parmar of NSW, Kangana said, “I think Queen was a neutral film and it has gone very far for its content and the way it was made…as an actor you are always at the receiving end and I hope that I get that kind of content…Bollywood is a medium to entertain and if it can be quoted with a social responsibility, I think it is a bit aspirational.”

In her excitement, Kangana almost went on to reveal the climax of Katti Batti, “My role in Katti Batti touches on a lot more but that is my director’s reveal-fact, a sort of revelation that happens in the climax… I am very proud of the film and it has made me very sensitive towards things that I have never really thought about in my life. I think after Katti Batti, I am a better human being!” she added.

Katti Batti director Nikhil Advani was impressed with a question from Payal Bhanwal of Victoria, who asked him what he would do if his friends were Katti with him, to make Batti back? Nikhil said, “The best way to make batti with your friends is to just say sorry and plead… when we were young and had best friends, we’d fight with them and make up…that’s what Payal and Maddy are constantly doing in the film. It’s in the ups and downs of relationship between couples. Not only what they do to show that they love each other but also what they do to show that they are out of love with each other. That’s what the film is about.”

Hyma Vulpala from VIC asked Imran Khan who the most inspiring person in his life was. Imran’s response came straight from the heart, “Since my daughter Imara was born, I’ve started to think very differently. I’ve started to look at myself through her eyes. I want her to look at me a certain way…so now everything I do, I ask myself what would she think, would she like this, would she approve of this, will she be proud of me? ”

Telstra also took the opportunity to reward its customers by giving them free goodies including warm blankets and traditional Indian snacks to ensure they really enjoyed the show.

Alister Park, Telstra Marketing General Manager said, “This is the third year we have been a part of the Indian Film Festival of Melbourne and we are excited to support such a great event. The Telstra Bollywood Dance Competition is an amazing experience and a great opportunity to recognise the fantastic Bollywood dance talent we have here in Australia. We’re very proud of our connection with the South Asian community and thought it was the perfect opportunity to say thank you to our Telstra customers for their support; by providing them with a money-can’t-buy opportunity to get up close to their favourite Bollywood celebrities. It’s really important to us that our customers feel appreciated and what better way to reward them than connecting them to the things they love.”

The competition winners were announced with The Dancing Bird winning in the under-12 category and Natya Bollywood in the adult category. As for the People’s Choice Award, over 7,000 SMS votes were received from the audience on the day and the award went to Bollywood Dimensions.

Director Nikhil Advani also made a surprise discovery in singer Jagpreet Grover of singing-dancing duo Cheryl and Jagpreet – his singing talents were praised by Advani, who invited Jagpreet to make a trip to Bollywood for an introduction with Shanker-Ehsaan-Loy.

All winning groups received a cash prize of $1,000, courtesy of Telstra Air, which is available with Telstra’s new broadband bundle. Telstra Air allows customers to take their home broadband data with them and access it from thousands of hotspots across Australia and over 16 million Fon spots overseas. 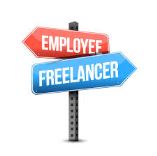 THE COMING AGE OF FREELANCERS

The way we work is constantly changing. From assembly-line robot-like nine-to-five days, we have now moved to working from home...