Mountain of the Dead – Mysteries of Dyatlov Pass Incident 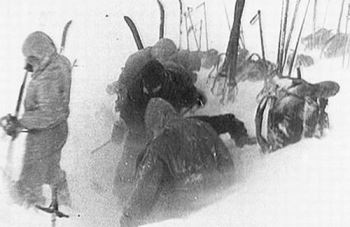 There are numerous mysteries in this world that remain unsolved till this day.  One of the most intriguing modern day mysteries is the Dyatlov Pass Incident named after a Russian mountaineer named Igor Dyatlov. Dyatlov intended to lead a team of nine skiers on a cross country skiing expedition but unfortunately instead of reaching their destination, they ended up becoming a modern legend that is still a matter of curiosity among many forensic experts. The nine young skiers mysteriously died and remained untraced for a long time in the snowy wilderness of the northern Urals in late 1950s.

Proofs of the incident are present in the numerous photographs and records by the Soviet Military who were also investigating the case but could conclude nothing substantial about the actual occurrence of the ill-fated night of January 25th 1959.

23 year old ski instructor Igor Dyatlov assembled a team of ten skiers that included both male and female participants to take part in this cross country expedition starting at the Otorten Mountain range. This was going to be a practice session for more difficult expeditions planned by Igor in the Arctic regions. The group boarded a train to the mountain range and switched to a truck that was to take them to the Urals, however one of the team members named Yury Yudin fell sick and could not accompany the team any further. He had to stop by at the last outpost before the Otorten mountain range named Vizhai.

To this day Yury wishes he knew what happened to his friends that night in the mountain. He regrets not being able to make it to the next camp with them and experiencing the unknown forces that took their lives and created this baffling mystery.

Two days after leaving from Vizhai, the team of nine which consisted of engineers and students followed their leader and were to arrive at the first stop, the Gora Otorten Range. None of them, however, managed to make it there. About two weeks later, in February, the team was expected to return to their place of origin and inform their family and friends with telegrams about a successful skiing journey. When none of the families received any messages, it raised an alarm for them however they waited for a few more days still expecting to hear from their loved ones. A few days later, a search and rescue operation was launched to find the whereabouts of the nine missing skiers. Finally on February 25th, one of the helicopters spotted signs of hope in the form of a tent on the mountains.

The tent was mysteriously torn open and footprints of about eight people were seen coming out of the tent. These footprints were a mix of bare feet and sock clad feet as well as a pair of prints that had only one shoe on. Searchers followed a pair of these prints that had gone as far as 1500 feet away from the tent to discover something much more baffling. Beside the remains of a fire beneath a pine tree were the frozen bodies of two of the team members. Both these men were sans clothing except for underwear and bruised hands. It was also obvious with forensic test done on the tree and nearby surroundings that the men had tried to frantically climb the tree before succumbing to death. This amazed the researchers as none could imagine the kind of terror that would have driven these experienced skiers to behave in this manner. Other puzzling details were the fact that there were no animal trails in the vicinity coupled with the fact that the men had enough time to start a fire and the bodies did not have any other injury marks apart from the hands getting bruised in an attempt to climb the tree.

Not too far ahead the searchers found the body of the team leader, Dyatlov. He was lying on his back with one hand clinging to a branch of a tree while the other appeared to be protecting his face from an imminent attacker.

The carcass of another team member, Rustem Slobodin, was found close to Dyatlov’s. He was discovered lying face down and his skull had a deep fracture about 7 inches long.

The body of one of the female team member Zinaida Kolmogorov was found the farthest away from the rest of the corpses.

Despite extensive search for the rest of the members, the crew was not able to locate them for the next two months. Finally in the month of May when spring slowly started melting away the ice, all the remaining corpses were found, about 200 feet away from the pine tree beneath which the other two members were discovered. The new found bodies were fully clad with massive injuries such as head fracture and crushed ribs. The source of these injuries could not be understood as there were no scratches or signs of any struggle though the force with which these people were hit was immense.

Perhaps the most bizarre case was that of female skier Dubinina. She was found lying dead with her head tilted back and mouth wide open as if trying to let out a scream. Strangely enough, the searchers found that her tongue was removed from its root. The searchers also noted that the skiers had exchanged articles of clothing among themselves which could have been a result of trying to get dressed too hastily in the dark or scavenging for more clothes from deceased teammates bodies. All these elements combined make the case even more perplexing.

Once the bodies were transported back to their hometowns their families couldn’t control their grief since they did not even get to know what exactly took the lives of their dear ones. They did however add a few more details to the already complicated puzzle by mentioning that the skins of their deceased relatives had an unnatural orange tinge to it which they had never seen before. Their hair also appeared to have lost its natural shade and appeared a dull grey. These details were mentioned by more than one family hence confusing the investigative team even further.

Based on all the evidences and accounts by the only surviving member of the team (thanks to an untimely illness) the investigators managed to piece together the sequence of events which they felt best explained the tragic occurrence of the night.

There are certain hypotheses about what would have scared the skiers so much that they preferred fleeing in such harsh weather without clothing in the dead of night rather than thinking of a more logical route. For sure the danger looming upon them must have been sudden and of an extremely fatal nature.

One of the first suspects that anyone would point a finger at would be local Mansi warriors that dwell in this region and are not very welcoming to trespassers on their sacred land. What is ironic is the fact that the slope on which Dyatlov’s team pitched their tent was not necessarily considered sacred by these people since a few years back nine of their men had lost their lives there.

People also speculate the team falling prey to some sort of paranormal or extra-terrestrial power. This would explain the orange skin, lost pigmentation of the hair and radiation found in their clothing. Locals from nearby areas had also reported sighting orange spheres in the night sky in the following few months.  Proving that an alien attack was the reason behind this incident perhaps would require more evidence than this.

There is also a possibility of the team getting too close to a military experiment. The Soviet Army had tried to keep the entire case under wraps on many occasions and is not very comfortable sharing details about the incident with the media.

And finally there are also rumours of the poor souls getting caught by the infamous Siberian YETI. The superhuman impact that some of the team members suffered might be explained through this theory but again, no one has been able to establish its existence as a truth so far.

Whatever might have been the cause of the untimely demise of these nine young men and women will never be discovered genuinely by any amount of research for it’s a secret those dead have taken with them to heaven.  There have been books written and documentaries made on this subject that remains to be debated upon to this day.

The Myths and Science behind the Indian Lake of Skeleton 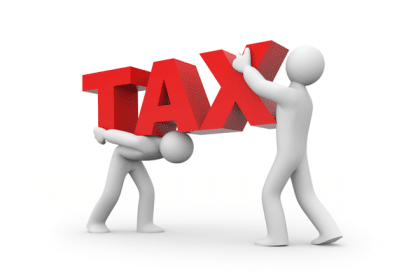 20 Ways to Keep the Tax Demon Down!

There are two inescapable things we all have to face in our lives; first one is fate and the second...