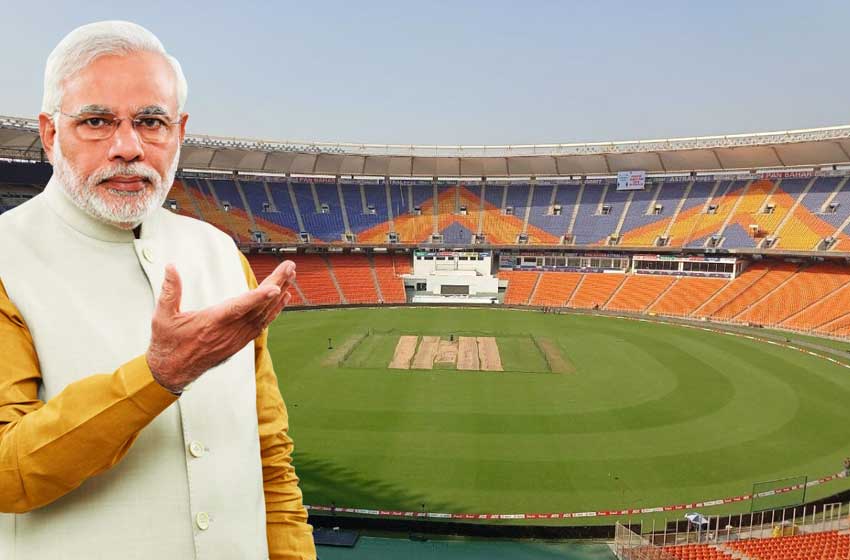 Many past prime ministers of India have had monuments, buildings, or other public infrastructures named after them. Some examples include Chaudhary Charan Singh Airport and Lal Bahadur Shastri Dam. The current prime minister has now joined his predecessors with the formerly named Sardar Patel Stadium, now known as Narendra Modi Cricket Stadium.

The more popular name of the stadium is Motera Stadium. On February 24, President Ramnath Kovind inaugurated what is considered the world’s largest cricket arena, after refurbishment, in Motera, Ahmedabad.

However, the event emerged with two controversies. This is the first time in India’s history where an edifice has been named after a sitting prime minister. India has a number of other edifices, stadia and monuments named after prime ministers, but these names were never entititled while the leader was still in office. This has attracted flak worldwide and is being compared with other cult notorious leaders’ naming sporting stadia or other edifices in their name.

Notable presences at the Inauguration

Nitin Patel also addressed backlash and criticism during his speech. Many political entities believed that the renaming was an insult to Sardar Patel. The Deputy Chief Minister set the story straight, however. Most people knew the stadium as Motera Stadium and not Sardar Patel stadium. He reiterated that the name change is final.

The long-term plan is to build the country’s largest sports complex. The Sardar Vallabhbhai Patel Sports Enclave will be the new name. This complex will encompass the Narendra Modi Stadium and will include many more stadia. Naranpura will be the site of a second new complex. The two will be used to host international events.

The cost of the Sardar Vallbhbhai Patel sports complex is Rs 4,600 crore. The Indian government is to invest Rs 3,200 crore. The remaining Rs 1,400 crore will be acquired through a public-private partnership with 236 acres of land provided by the state.

The sports complex in Naranpura will cost Rs 458 crore and 18 acres. It will be connected to schools that do not have playgrounds. These are schools specifically located in Ahmedabad and Gandhinagar. This sports complex will allow for the schools to have physical training sessions for their students.

There will also be a 50,000 seat football stadium with a 400m track, a hockey stadium and a cycling velodrome. There will be an indoor aquatics centre with both indoor and outdoor pools. The seated area for spectator sports will seat 10,000 – 12,000 people, and there will be an athlete’s village as well.

The opening day of the new Narendra Modi Stadium saw Axar Patel making a show-stopping six-wicket haul. The captain of the national team, Virat Kohli, has expressed his love for the new stadium.