We’re at the end of 2016, and we’re looking at the people around the world that have made a meaningful contribution to the lives of other people. In this list, we focus mainly on socio-political and community figures. From Donald Trump to Australia’s very own David Lindsay Morrison, this is a list you cannot miss.
As 2016 draws to a close, we cast our look backward at what has been a momentous year in many disciplines. Politically, the world seems to be caught in a pendulum swing toward the right, with Britain and the United States overwhelmingly voting for conservative leaders. India is making financial reform to fight black money, and Russia is clawing its way back to become an important player in global politics once again.
We introduce you to five people who have shaken the world – for better or for worse – in the year 2016.

On November 8, Donald Trump became the 45th president of the United States of America. After a year of being laughed at, ignored and fought against, the bulldog-style Trump managed to emerge from the bout bruised, battered and victorious. This is the first time a candidate with no political experience has been elected to the highest office, and this is the first time the people of the United States made their mistrust of the establishment known in the best way possible – by voting.

Depending on how you saw it, Hillary Clinton represented a more gender-equal world or a corrupt one. Regardless, Clinton made it further in the US Presidential race than any woman before her had done by winning the popular vote and losing out only on the electoral college votes. Given how close she came to becoming the first female leader of the free world, it is not untoward to suggest that she inspired a whole generation of women to take up the gauntlet and go all the way. Clinton’s failure may just have paved the way for a future woman president.

The Prime Minister of India has a thing for stealing the limelight. On the same day as the US Presidential elections, India embarked upon a period of unprecedented currency reforms when the Prime Minister upped the ante in his government’s ‘fight against black money’ by banning five-hundred and thousand rupee notes in circulation, which is about 86% of the cash that is present. Life in India has been chaotic recently as a result, and bank deposits have received a tremendous boost. In about six months, watch for India to put all this official money back into circulation.

The man who provided the precedent for the US elections by fighting a campaign to make Britain leave the European Union. The so-called ‘Brexit’ vote may have been smaller in scale compared to the US elections, but its significance was much larger, because it telegraphed the average voter’s disenchantment with globalism and liberalism. Farage then became an enthusiastic Donald Trump supporter, even appearing at many of his rallies.

The recipient of the Australian of the Year award for 2016, David Lindsay Morrison shot to fame in 2013 when a video of him telling his colleagues in the army went viral. In the video, he said that women should be treated as equals, and if that value is not acceptable to someone, they need to ‘get out’ of the army. Ever since then, he has been an outspoken campaigner against domestic violence, intolerance and misogyny. One of the famous lines from his anti-misogyny speech was: ‘The standard you walk past is the standard you accept. 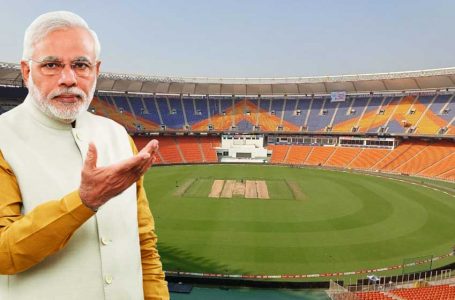