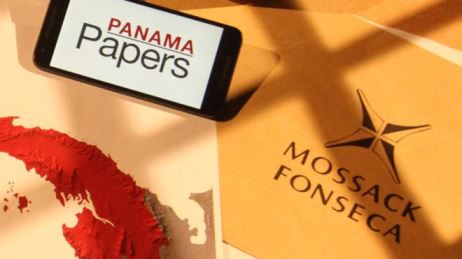 A fortnight ago if you had Googled Panama, you would be presented with a list of pictures with beautiful landscapes, sea and tall shiny buildings around it. But now the only thing shining about Panama over the web is the Panama papers leak. Even those who don’t know where Panama is know what Panama papers leak is. Such is the magnitude of these leaks that every newspaper, news channel, and every government is talking about it. So what really is Panama Leak? Who is related to it? And what are its implications? Well, let’s answer those questions one by one.

What is Panama Papers Leak?
Panama papers leak is the biggest leak of confidential information ever. It consists of 11.5 million files and documents that were extracted from one of the biggest law firms in the world, Mossack Fonseca, based in Panama, hence the name Panama leak. This leak is so huge that it makes all the other leaks so far, the Wikileaks, Offshore Secrets leak, Luxembourg Tax files and all other leaks combined, look miniscule. If you compare numbers, the famous Wikileaks run by Julian Assange leaked roughly 2GB of data in 2010, while the Panama leak has brought forward 2.6 TB of data, thousand times more than Wikileaks.

What do these documents show?
These documents contain details of accounts of around 200,000 shell companies owned by relatives and friends of some of the richest and most powerful people in the world. A shell company is a dormant company, which does not necessarily function anymore, except when it has to be used for financial transactions. These companies are like masks, which major corporations or rich individuals use to hide their excess or even illegal income from the governments to avoid taxes. In the name of these shell companies, the really rich people buy assets, make transactions and in essence keep their money safely away from deductions. They are like saving accounts, only for really huge ‘savings’. Most of these shell companies are located in countries with very liberal taxation policies or tax havens, like British Virgin Islands, Bahamas, Seychelles, and Panama. This makes hiding money really easy, as these countries do not share the tax information with international organizations. The documents show that a staggering $7.6 trillion might be hidden offshore. That is twice the GDP of India and Australia combined.

Who are involved?
These offshore accounts would have remained a secret if not for a mammoth leak of Mossack Fonesca, which is incidentally world’s fourth largest law firms that help companies set up off shore operations or shell companies. It has operations in 40 countries around the world and may be that is the reason its clients include some of the biggest names in the world. From politicians and business tycoons to sportsmen and actors, Mossack Fonesca helped a huge clientele manage their money. The biggest name of all, or the one most highlighted, is that of Vladimir Putin, the President of Russia. The papers say that Putin has hidden away approximately 2 billion dollars in off shore accounts through shell companies, using his closest friends and associates as medium. Putin is not the only politician named by the papers, the Prime Minister of Iceland Sigmundur David Gunnlaugsson, Pakistani Prime Minister Nawaz Sharif, President of Syria Bashar Assad, UK Prime Minister David Cameroon, President of China Xi Jinping and others, have also been named as directly or indirectly involved with money laundering in tax havens.

Although, Indian politicians somehow avoided the list, celebrities like Amitabh Bachchan, Aisharya Rai Bachchan and Vinod Adani, elder brother of Gautam Adani have made the cut. Action star Jackie Chan and footballer Lionel Messi are among the other famous personalities named in the papers. It clearly suggests how hard the rich strive to avoid taxes and attempt to stay rich.

What is being done about it?
Thanks to organizations like International Consortium of Investigative Journalists (ICIJ), who painfully compiled and analysed the tonnes of the leaked data over a period of 12 months, the governments of the world woke up to the tax evasion and money laundering scams taking place under their nose. The Australian Tax Office (ATO) and the Income Tax Department of India have sent notices and ordered investigation into the off shore transactions of 800 Australians and 500 Indians named in the papers.

It is not a necessity that all these transactions or accounts would be illegal. There are provisions for investing offshore legally, so some might get away, but a big chunk of the money floating through these channels is illegal and that needs to be monitored much more effectively. It seems like almost every government of the world has for decades, turned a blind eye to these loopholes in the system, of which billionaires have taken full advantage.

This leak has left a glaring question mark on world politics and the corruption that thrives within the ranks. How can a citizen trust its own government if the president himself is draining the nation’s money out of the country and into personal accounts? And who is going to end this kleptocracy if world leaders are themselves a part of it? Is it really upto journalists and groups like ICIJ to take on the world’s most powerful men? And if anything will happen at all against those named in the leaks or will the leaks will be forgotten with time, like always? We’ll have to wait and see.