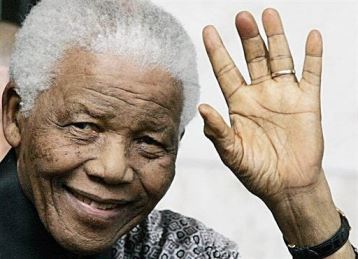 The final chapter of Nelson Mandela’s revolutionary life came to an end after he breathed his last on Dec 6, 2013. Nelson Mandela gave a new face and strength to South Africa and struggled throughout his life in order to ensure that the civil rights of African people are respected and voiced.
The former President of South Africa had been undergoing treatment for recurring lung infection and his friends along with family gathered next to his bed during his last moments. South African President Jacob Zuma confirmed the news on live television affectionately addressing Mandela as “Madiba” which happens to be his Xhosa clan name.
Zuma further praised Mandela by calling him the greatest son of the nation and added that “what made Nelson Mandela great was precisely what made him human. We saw in him what we seek in ourselves, and in him, we saw so much of ourselves.”
US President Barack Obama appeared before the media and urged everyone to pause for a moment and give thanks for the fact that a person like Nelson Mandela lived. Other former world leaders, as well as current ones, are voicing their tributes as well.
Nelson Mandela’s struggle against racial apartheid has been one of the most defining and inspiring stories of the 20th century. Mandela entered politics in the year 1948 and became the founder of a militant organization that fought against the African National Congress. In the early 1960s, he was charged for leading a bombing campaign and was imprisoned for life in 1962 inside an 8-foot by 7-foot cell made of concrete with only a straw mat to sleep on.