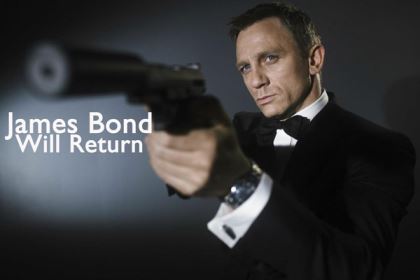 The Bond franchise faced an identity crisis from 2002 to 2006. Then in 2006 came the new Bond, Daniel Craig, and the new Bond movie, Casino Royale. We chart the progress of this franchise and give you some inside information on how well or badly it is doing.

2015 saw the reloading of two of Hollywood’s favourite movie franchises. In ‘Star Wars: The Force Awakens’, we saw the return of Jedi knights, Luke Skywalker and light sabres. But more excitedly, it was also the year when James Bond put on his suit for yet another time to fight global organised crime. This time it was Daniel Craig seducing women and killing people, like it has been since 2006, and reports suggest that Spectre could be the franchise’s most successful movie yet.

As they say in the movies, ‘Ah, my dear fellow, so we meet again.’

When Daniel Craig took over as James Bond from Pierce Brosnan, after the latter hung up his bow tie in 2002, after a lengthy hiatus for the suave spy, sceptics abounded. Who is this new Bond, they asked? He has no charm, he looks like a brick-layer, and he is not handsome. But over time, Craig seems to have won viewers’ hearts, for his Bond seems to be the most successful Bond after Pierce Brosnan’s.

There have been four Bonds besides Brosnan and Craig – Sean Connery, Roger Moore, George Lazenby and Timothy Dalton – but when it comes to box office records, the first two far outshine the last four. We’re not saying everything can be measured (or ought to be measured), but Timothy Dalton is the last man in the pack in the box office race.

The second most successful Bond movie, when corrected for inflation and converted into today’s movies, is Thunderball, which came out in 1965, and is the only other Bond movie besides Skyfall to collect more than a billion dollars at the box office.

Described as a sexist, misogynistic dinosaur by M, his boss, James Bond has swapped conquests for kills. Whereas the likes of Pierce Brosnan used to seduce on average three to four women per movie, Craig settles for just one or two women. In fact, the number of women Craig has per movie is less than even Timothy Dalton, the least womanising of all the Bonds.

So the franchise owners have taken a conscious decision to reboot the Bond movies into making them more action-oriented than sex-oriented, perhaps in a bid to attract a modern audience. The love interests of Bond are also no longer one-dimensional female characters bur are etched well, with complex backstories and motivations.

Right in the first movie of the new franchise, Casino Royale, they did the unthinkable and gave Bond a love story and made him a one woman man. How’s that for a reboot?