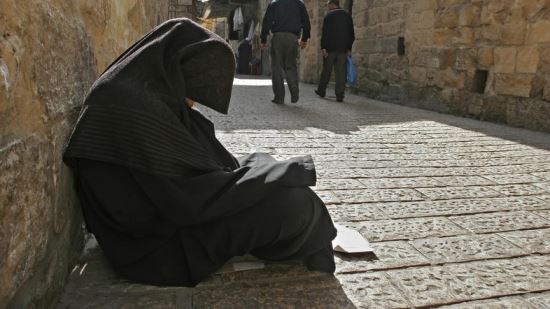 A 100-year-old blind woman who used to beg on the streets of Jeddah, from the last 50 years died, leaving behind a sizeable fortune which is worth 1 million US Dollars. The woman, who was known by the name ‘Eisha’, owned everything from gold coins, expensive jewellery to real estate assets which are valued at Saudi Riyal 3 million.
The beggar had four buildings to her name which are located in the Al-Balad district of Jeddah. Ahmed Al-Saeedi, who knew Eisha from a very long time, said she was alone in the world. “She didn’t have any relatives. Her mother and sister who were also beggars, died several years ago.” Al-Saeedi claims that Eisha gave him her will, which states that all her money should be distributed to the needy and poor after her death.
He also added that when he came to knew about the fortune, he advised Eisha to give up begging and live a respectable life, but she ignored the advice by saying that she was preparing for hard times.