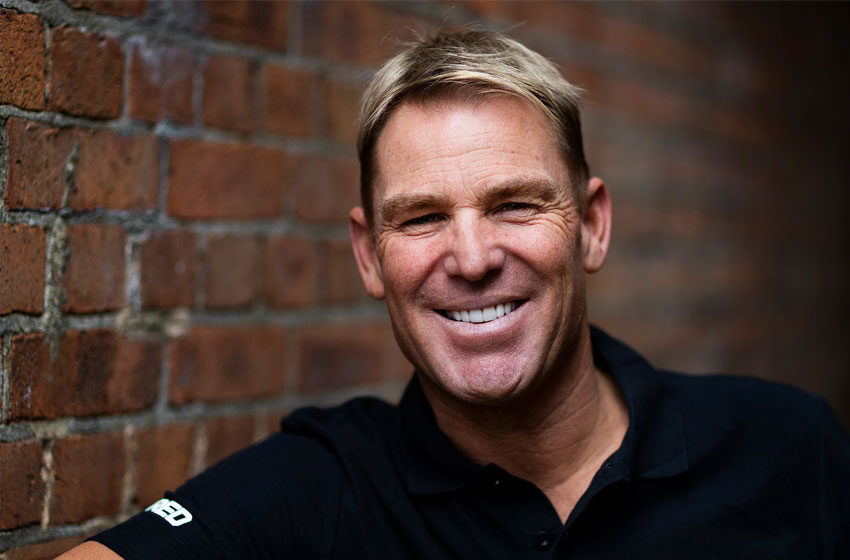 Words fall short when describing Shane Warne; although he is considered as one of the greatest bowlers in cricket history, he was so much more than that, which he explored through his various other passions and endeavours. Most people who knew him closely can attest to the fact that he was unpredictable and wild; simultaneously, his warmth and kindness were unparalleled.

Shane Warne played his first test match in 1992 and took more than 1 000 wickets in Tests and One Day Internationals(ODIs). By taking 708 Test Wickets, he holds the record of most wickets taken by any bowler in Test cricket until 2007. Despite being a useful lower-order batsman, he scored more than 3,000 test runs; he scored a high score of 99, which remains the highest Test run-scorer without a century.

Shane made his debut in January 1992 against India in the fourth Test held in Sydney. It was not the most memorable debut as he finished with figures 1 out of 150 from India’s only innings. Then, in August of the same year, the first Test against Sri Lanka was being held; Allan Border tossed the ball to Warne, with Australia struggling to defend 181 on the fifth evening. In 5:1 overs, Warne picked up 3 for 11 and succeeded in giving Australia a 16-run win. The match ultimately proved to be a breakthrough for him and indicative of upcoming achievements in the later years.

In July 1993, Warne bowled his first ball in an Ashes Test against Mike Gatting; his bowling technique is fast and unique; it was an ideal combination of a perfect leg break, drifting, and dipping. The bowling was so excellent that the ball landed outside leg stump and spun all the way across Gatting, and hit the top of off stump. He managed to end the series with 34 at 25.79 from six Tests.

His bowling delivery at the Ashes Test is popularly known as the Ball of the Century.

The year 1994 was a splendid year for him, as he became the highest wicket-taker in two of the three series he played in and the second highest in the third, the Ashes. Furthermore, what is considered as one of his career-best is when he took 8 for 71 in Brisbane in the opening Test of the Ashes before doing a hat-trick in Melbourne.

In 1995, Warne and Mark Waugh got into trouble; they both admitted that they supplied pitch and weather information to an Indian bookmaker. Consequently, they were fined by the Australia Cricket Board( Cricket Australia). Although the board succeeded in covering up the scandal, the news got out when the Media channels exposed the truth. However, he redeemed himself in the 1996 World Cup semi-final next year. Warne took the lead when West Indies was 178 for 4, a mere 30 runs short of winning the match. He eliminated Ottis Gibson, Jimmy Adams, and Ian Bishop, finishing with 4 for 36 and giving the Australian team an inconceivable win.

In 1998, Warne underwent reconstructive surgery on his bowling shoulder, after which the surgeons told him that he might never be able to play cricket again. However, instead of giving up, he continued on his cricket journey.

The slow recovery of the shoulder injury affected him physically; hence he was dropped from the fourth and final Test of an epic series despite being the vice-captain to Steve Waugh on a tour of the West Indies.

He started the June 1999 World Championship on a poor and sluggish note, but he turned things around as the tournament proceeded towards its end. In the semi-final against South Africa at Edgbaston, he picked up 4 for 29 and helped the Australian team tie the match and qualify for the final. However, the defining moment came in the final when Warne defeated the Pakistan team out of 132, enabling it to win Australia its second World Cup title.

In April 2000, less than a decade after his debut, he was selected as one of the five cricketers of the Century by Wisden. He was the fourth and the only living cricketer in the list comprised Don Bradman, Garry Sobers, Jack Hobbs and Viv Richards.

In 2003, he found himself amidst controversy stemming from breaking a rule. He tested positive for a banned drug called diuretics. Although he tried to give probable reasons, such as using it for weight loss, the Australian Board suspended him for a year, which effectively ended his career.

However, 2004 was the year of his redemption, as he made a dazzling comeback. He picked up 26 wickets in a three-match series and helped further the Australian team. He became the first spinner to take 500 wickets in Test cricket during the series. Later in the year, while playing against the Indian cricket team, he became the leading wicket-taker in Test cricket, breaking the tie with Muthiah Muralidaran when he dismissed Irfan Pathan for his 533rd wicket. Warne’s one the most outstanding individual performance is considered to be the 2005 Ashes, in which he picked up 40 wickets across five Tests. In the third Test, he became the first bowler to 600 Test Wickets; he also made 249 runs at an average of 27.66.

In 2007, Warne retired, after which he got the chance to become the captain of Rajasthan Royals, a Moneyball-inspired IPL franchise. He managed to win the match’s title in the first season itself.

Other than cricket, he loved playing tennis and dabbled in high-level poker, risking high-level stakes at the roulette wheel. Apart from covering his professional achievements and misses, there was always a curiosity and constant fascination about his personal life. Media outlets in Australia and abroad were captivated by the cricket superstar who had an awe-striking aura. His popularity led him to become a pop-culture icon.

His life was interesting enough to be adapted into a tell-all musical comedy endorsed by himself. Australian comic Eddie Perfect portrayed the titular role in Shane Warne: the Musical, which was a satirical dig at Warne’s life.

He struggled with his weight issues and could not give up on his love for junk foods. According to some stories, while he was on his tour in India in 1998, he famously had asked for a crate of baked beans and tinned spaghetti to be flown from his home town.

Despite his cool and loveable image, he was not far from controversy, which should not come as a surprise because it is only a by-product of fame. Similarly, his smoking habit was rather well-known; Warne’s ritualistic cigarette before going on the field as a method of coping with stress. In 1999, he signed a A$ 200,000 sponsorship deal with Nicorette to abstain from the habit for four months. But he relapsed with five days for the sponsorship to end, later blaming it on the stress related to the West Indies tour.

In 2011, Warne got engaged to English actress Elizabeth Hurley whom he met at a race the previous year. The couple lived together for two years, after which they parted ways.

His stardom propelled him to make guest appearances in tv shows such as the beloved Australian soap Neighbours in 2006. People also remember him playing a Shane Warne impersonator on the Australian sitcom Kath and Kim in 2007. However, the last show he participated in was a reality tv show; I’m a celebrity, get me out of here, in 2016.

On 4 March 2022, Shane Warne had a heart attack while on holiday in Thailand. His two daughters, Summer and Brooke Warne, son Jackson and ex-wife Simone, are still recovering from Shane’s untimely demise.

He was a cricket extraordinaire who will be remembered for his larger-than-life personality and excellent, record-breaking performances through the years.