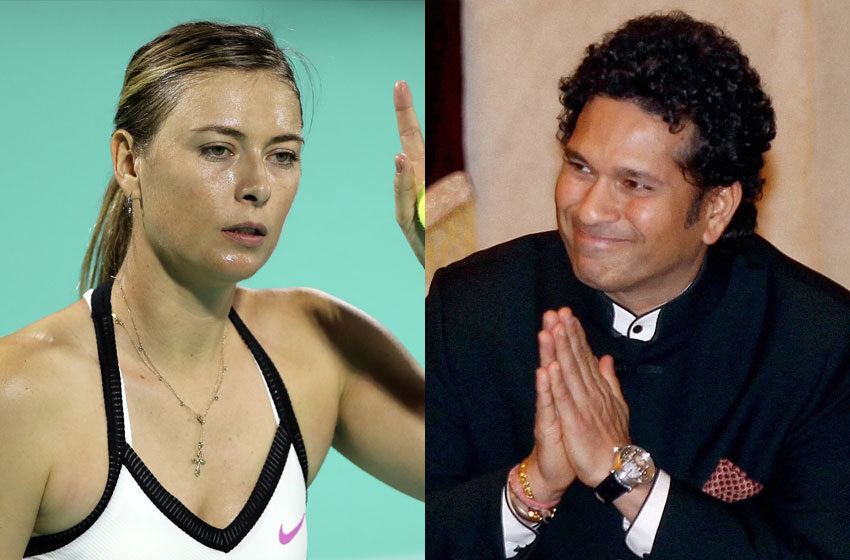 Unless you’re a fan of neither cricket or tennis (don’t laugh, it’s possible), you would know that Maria Sharapova, the five-time Grand Slam Tennis champion, admitted a few weeks ago that she did not know who Sachin Tendulkar was. Fans of both players were angered by this; Tendulkar’s fans went up in a wave of yelling things no one could make out, and Sharapova’s fans flew to her defence immediately.

How dare Sharapova not know who Sachin is, said the million or so Indian fans that grew up idolising the cricketer. As if ignorance required courage.

Cricket is not played in either Russia or the United States said the more reasonable voices from Sharapova’s camp. She does not know Tendulkar because she does not follow cricket. Simple enough? You’d think.

But no. There were Facebook memes, Twitter wars, and blog flames. If Tendulkar had met Sharapova after the incident blew up, they would have shared a wry smile. ‘Now you know,’ he would say to her, ‘what I had to deal with all throughout my life.’

But it’s also not right to fault the fan. The word ‘fan’ is short for ‘fanatical’. It is on the back of blind support of fans like this that people like Sharapova and Tendulkar built their reputations and fortunes. If fans were reasonable, logical, and rational, why would we buy the products that Tendulkar endorses? Why would we clamour and fight to watch him on the screen even when he isn’t playing cricket? Why would we follow his Twitter page in the millions?

For the average Indian cricket fan, over the last twenty years, no other person encapsulates the idea of India more wholly than Tendulkar. For a country that is just finding its feet in the economic world, Tendulkar typifies the brash, young India that also aspires to be humble and middle-class. For a country that has no other sporting achievement to speak of and no other sporting achiever to celebrate, Tendulkar is both a symbol of its success and its failure. When he became one of the five best batsmen to ever play the game, he didn’t earn that title for himself. He earned it for all of India.

In fact, one could argue that it is the people who went up in arms that are true ‘fans’ of Tendulkar. It wouldn’t be too far off the mark.