At the break of dawn when most of us are trying hard to get out of bed and start a day of work at our comfortable offices, Rajesh and his wife with their two little kids are figuring out how to dismantle their home before the cops arrive with their bulldozers to smash everything away. To this husband and wife pair who resides in the slums of Mumbai, everyday household difficulties are nothing as compared to the Bombay Municipal Corporation’s constant threats of eviction. They had been warning the illegal occupants of this beach about it for quite some time.On this day however, they actually turned up and destroyed about 40 houses on the beach. Those who could manage to take their houses made of bamboo frames and sheets of plastic or cloth apart in time did not lose much whereas those who could not, watched in horror as the bulldozer shattered every piece of their house in front of their eyes. Rajesh was one of those lucky few who saved not just the exteriors of his house but his belongings in it as well, which includes bottles of illegal liquor which he sells for a living.

The slum side of India is largely known but not greatly explored or understood. In a country of a billion odd people where one out of every six is a slum dweller, it is not surprising to find a different story in every nook or corner of these sprawling localities. There are vast slum areas in every major city of the country and covers a significant percentage of the total population. About 17% of the total urban population of India resides in these unhealthy, overcrowded and cramped localities with little or no basic facilities. Every house and every family has issues of their own, unique to them yet shared among those who live around them in similar conditions. For them, making ends meet is not a piece of cake, neither is figuring out how to ever escape this torturous life. They have however learnt to adapt and continue to survive in the littlest possible resources and somehow eke out a living doing innumerable low paying jobs.

The men as well as women contribute as much as they can and however they can to earn some cash. Most common jobs for slum-dwellers in these cities are selling newspapers or books on street signals, cleaning public places, hauling trash, selling all sorts of goods they can locally accumulate or working as labourers on construction sites and factories.These placesalso serve as breeding ground for many illegal activities such as alcoholism, drug abuse, violence and emergence of local gangs. Families however try their best to keep their children on the right path and duly understand the importance of education. Some families utilise their entire income only to pay their children’s school fees and survive on borrowed money. Those who cannot even afford to do this send their children to make shift schools that can run anywhere, even below anover bridge where a small portion of the concrete walls are painted black and students are taught basic English and Math. Others spend the day helping out their parents on their job or earning on their own from a very tender age and attend schools irregularly.

Mumbai, which has the largest share of slum population in the country with more than 40% of its population identified as slum dwellers, also has one of the biggest slum areas in the world. The Dharavi slum which has been made famous in some of our movies such as Salaam Bombay, Black Friday and Traffic Signal survives on its textile and pottery industry. The roughly 2 square kilometre area that is packed with close to a million people churns out export quality goods and has a turnover estimated to be more than 500 million dollars. Yet the people who dwell here lack the most basic necessities such as a toilet. As per data from November 2006, there was just one toilet per every 1440 residents of Dharavi. Electricity and drinking water are other perennial problems of the people here. The bustling locality is like a city in its own right. Everything about it is different from what you might find in the more developed parts of the city. Even the air has a multitude of bacteria and viruses floating around, enough to kill some thousands of people every year.As many as ten families share a single water tap that runs for not more than three hours a day. The dingy narrow lanes covered in sewage and by-products of the workshops around are not places one would like to set foot in. Yet people come to this place willingly, looking for a stable job and minimal rent but most importantly, hopes of seeing a better day.

Back at the beach, Rajesh and his wife managed to re construct their one-room house using the same materials they had saved overnight and are hoping this menace does not enter their lives in the near future once again.

Retail Therapy? Not for the man! 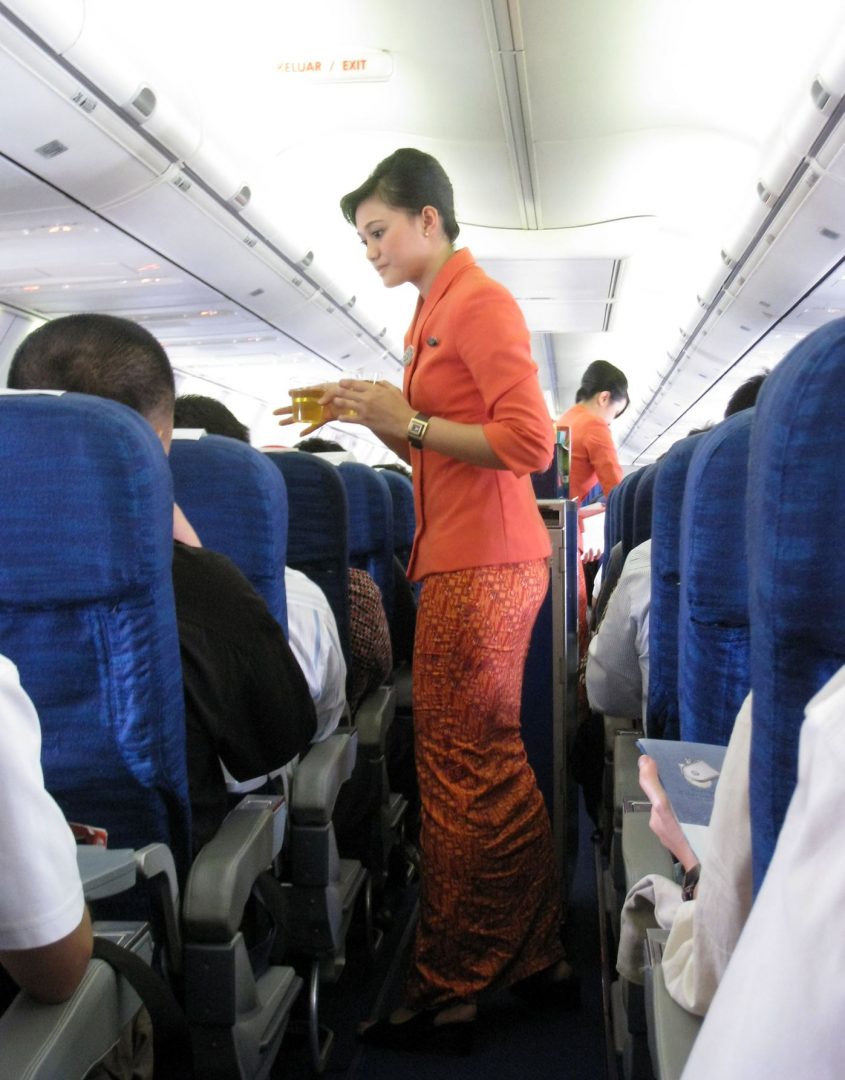 In-flight food is so commonly tasteless that the fact that some airlines don’t offer food anymore can be viewed as...