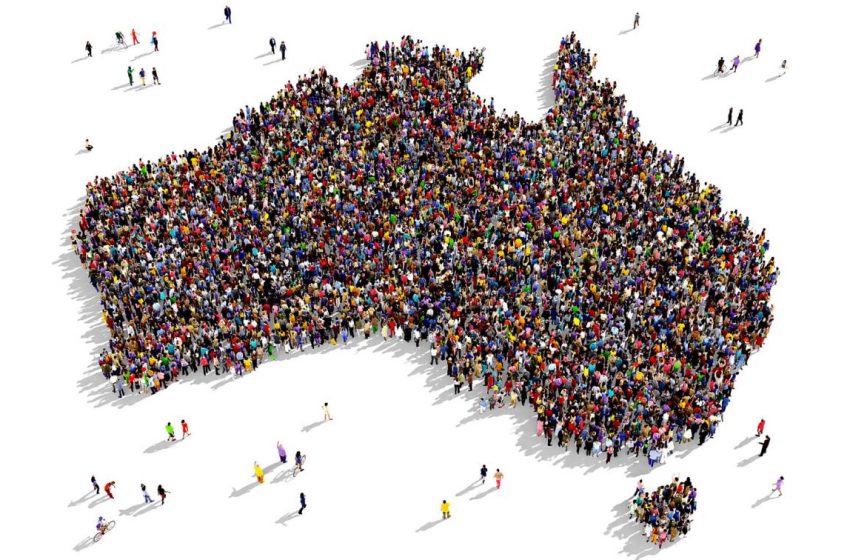 Australia’s population has been rising alarmingly quickly in the last few years, because of favourably immigration policies. The arguments for a ‘big Australia’ are reasonable enough: more people mean more man power means a higher chance of growth. But some people are raising a dissenting voice in favour of a ‘small Australia’.
Australia’s population has crossed the 24-million mark in February 2016.
The milestone meant that Australia’s population is now the same as Shanghai’s, which the Asian city holds in just about a thousandth of the space. So some people may look at the figure and envy Australians for living in such a low-population density country that doubles up as one of the world’s largest continents.
But some of the Australian leaders are worried about this figure, because as it stands, it is double the figure set as the country’s maximum population figure written by Professor Tim Flannery in a paper arguing for ‘small Australia’. The figure was 8 million to 12 million, and it was surpassed in 1968, whereas the ‘ideal population limit’ of 6 million was reached sometime way back in the 1920s. It is now equivalent to the population of Victoria.
Former foreign minister Bob Carr echoes this worry because much of the population rise has happened due to immigration. Carr has therefore called for massive cuts in immigration, almost up to a third and even 50%. His argument is that a large percentage of immigrants come to the big cities, which has resulted in uneven population growth across the country. He has termed Australia’s recent growth spurt ‘third world’ in nature. ‘No matter how much governments spend on infrastructure,’ he said, ‘at this level of population growth it’s never enough.’
However, not everyone agrees that this is a bad thing. Dr Helen Feist from the Australian Population and Migration Centre said that high levels of immigration are to be welcomed because they’re giving rise to a vibrant, more diverse and more globalised Australia. She said that not all the immigrants that come to Australia will settle down in the big cities, that some of them will make the choice to move into the smaller towns in time. ‘That will shake things up a bit,’ she said, noting that these social moves have self-regulation built into them.
Former Labour Prime Minister Kevin Rudd is also a noted advocate of ‘big Australia’. He has gone on record stating that he ‘makes no apology’ for favouring a large and growing population in the country, which increases our earning power and strength of place at the geopolitical table currently dominated by populous countries such as China and India.
While the debate rages on, Australia is set to reach the 25 million figure by 2018 and the 50 million figure by 2086, by which time the global population is estimated to be around 10.6 billion people, forecasted out from today at medium projected fertility rates.
Will Australia be able to support so many people? Only time will tell.