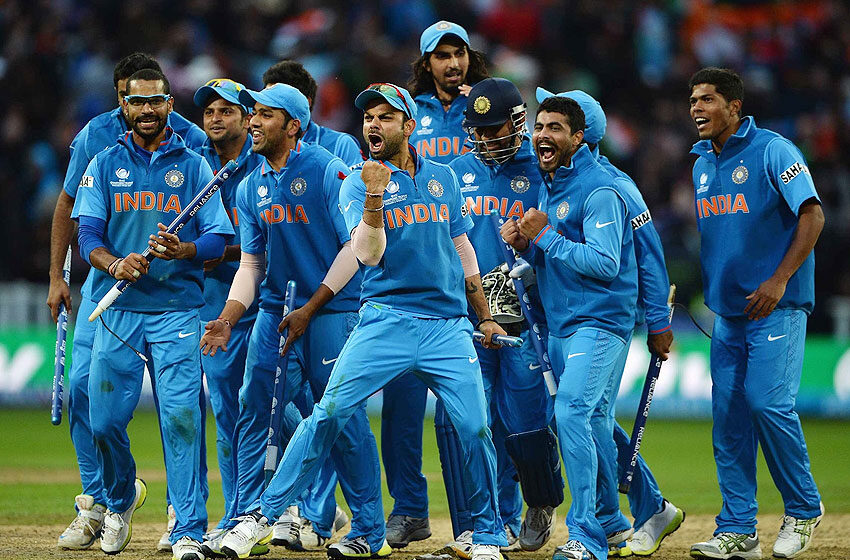 Nike, along with Indian skipper Mahendra Singh Dhoni unveiled the newest design of Indian Cricket Team jerseys ahead of World Cup and tri-series. This took place at the Melbourne Cricket Ground on 15th January 2015 after which, India kicked off the triangular series with Australia and England as competitors.
According to reports, Nike decided to take opinions from each and every player of the team before finalising the design. The final outfit consists of Ashok Chakra printed on the front. This new outfit is relatively more comfortable than the previous one and is lighter as well.

Skipper MS Dhoni added that 2015 is a very important year for Indian cricket as the team is all set to give its best at the upcoming ICC Cricket World Cup 2015 scheduled to start from 14th February till 29th March and is being co-hosted jointly by Australia and New Zealand. With the new team all set to tackle other heavyweights of International cricket, the battle will be intense and MS Dhoni is determined to bring the cup home this time again.

Thus, with a new outfit designed by Nike and a new team of dynamic young guns, Team India is all set to give its best shot.