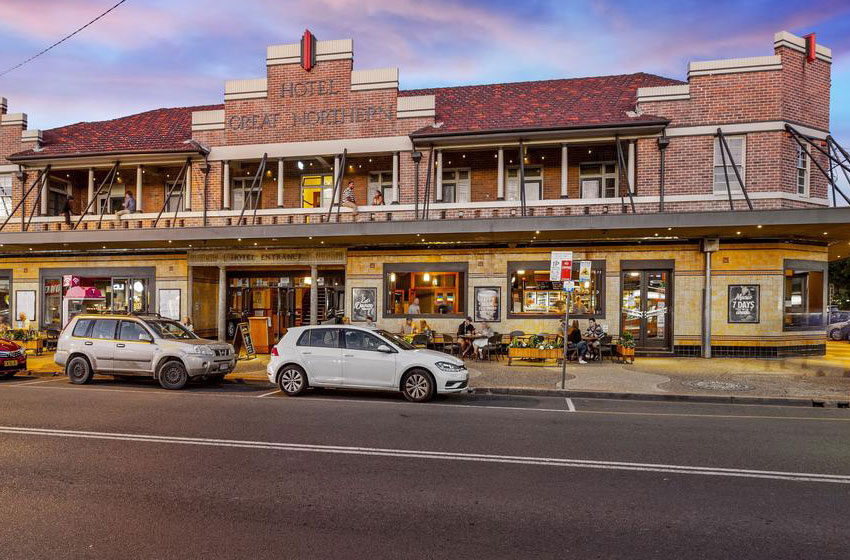 Byron Bay’s Great Northern pub has been snapped up by two businessmen from Melbourne. The watering hole, next to the Lateen Lane Hotel, sold for $80 million, making it the most expensive sale for a pub this year.

This deal epitomises the rise in prices of property across this seaside town. The famous Byron Bay has become a haven for many celebrities trying to escape the Covid-19 pandemic and has also seen an influx of newcomers living in the area. Pub transactions have seen a massive increase over the country, too, during the pandemic.

End of an era with the family business sale

Scott Didier, the CEO and founder of Johns Lyng Group, an ASX-listed company, and Scott Emery, MoneyMe’s founder, have purchased the well-known Great Northern. The previous owners, the Mooney family, have enjoyed operating this special place at 34-43 Jonson Street for almost 30 years.

The new owners are already familiar with the area and have run other commercial investments and hospitality operations in the local area for three decades.

The deal’s agents, John Musca, Andrew Langsford and Ben McDonald of JLL hotels & hospitality group, said the Mooney family decided to sell after having many unsolicited approaches from varying hotel and pub operators and investors.

Sources suggest that the hotel’s accommodation fetched over $40 million while the pub component sold for around $30 million.

This sale doesn’t quite beat The Beach Hotel’s sale from November 2019, which sold for $100 million. “Beachie” as it is affectionately called by the locals was bought by Moelis Australia Hotel Management, which Dan Brady runs.

Mr McDonald detailed how The Great Northern’s high sale price highlights the strength of Byron Bay as a place of investment and showcases how strong the hotel market is and the potential the place has for enhancement and optimisation. He went on to say that “Whilst this sale represents the biggest pub transaction of 2021, we believe that the Byron Bay story has a long way to run.”

For all our Indian readers, if you are considering investing in Byron Bay, don’t forget to put an ad in Made In India Magazine – Your source for all things Indian in Australia.