We rarely stop to think how lucky we are to be here in Australia, if at all. But, if you are a female born in India, you may find yourself running out of luck sooner or later. The simple fact is that daughters born in India (and other parts of Asia) are frequently considered a financial burden. In addition, they do not have the same appeal as a son, who are perceived as guaranteed income-earners. A son offers the security of support in older age. Unfortunately, this is leading women to abort girls after an ultrasound confirms their baby’s sex.

Amartya Sen, a well-known economist, estimated over 100 million women have never been born due to this form of gender bias. That was 25 years ago. Today, that figure has risen to more than 126 million; the majority (80%) of these girls are missing from India and China. There are two theories for their absence: first, the disregard of girls’ nutrition and healthcare and high rates of deaths while giving birth. The more likely explanation is that females are being aborted in preference to males. This preference has a history within Asian cultures, with society favouring males as males carry on the family name and are the ‘providers’. Now, gender selection is increasingly common via the use of modern technology at the embryo stage.

Figures are typically measured through the ‘sex ratio at birth’, the ratio of male births per 100 female births. It is generally accepted that normal biological circumstances put this sex ratio at birth at 105. This means 105 males are born to 100 female births. Boys have a slightly higher mortality rate, so nature compensates with a higher number. However, over the last quarter of a century, statistics have indicated abnormally high sex ratios in parts of Asia. Initially, this was flagged in India, China, South Korea, and Vietnam, but more recently within Southeast Europe and Caucasus regions too. For example, Vietnam has crept from normal levels at 106 in the 1990s to 112 in recent times. Similarly, in China, the rate sits around 110-112. Notably, within these countries, the sex ratio at birth increases with each birth subsequent for a woman; from the second child on, the ratio becomes even more skewed towards males.

The United Nations Population Fund (UNFPA) project investigated the reasons and consequences of gender bias- recognising strong preferences for males is because of patriarchal and patrilineal societies that favour men in both power and status. The UNPA notes that this is most pronounced within agricultural and subsistence cultures. These cultures prefer sons over daughters because family assets pass through males (patrilineal) and the perceived earning potential of men in patriarchal societies. The latter typically leads families to rely on boys as the future support of aging parents.

Another factor being scientific advances have made it easier for couples to select the sex of their children. As prenatal ultrasound allows couples to learn the sex of their baby at early stages, it enables them to abort. In addition, Invitro-Fertilisation (IVF) technology now allows parents to select the sex of their child by selecting the appropriate embryo. Lastly, there has been a recognised decline in fertility rates in the 21st century. Within China, the results of their old one-child policy have left a legacy. Smaller families and declining fertility have been the perfect storm and placed pressure on parents to take measures to ensure at least one son is born.

Essentially preference for a son, declining fertility levels, and IVF options contribute to the issue. The result is that the birth of a girl is not a joyous occasion as it should be, in many communities, with shame and domestic violence operating factors. The UNPA noted that many women are forced to endure multiple pregnancies until they have a boy, a cruelty that affects both mental and physical well-being. Bizarrely, this occurs despite the stigmatisation of undergoing an abortion and leads to dangerous illegal abortions.

Having an unbalanced ratio results in a society with an excess of men and a shortage of women. In addition, it creates a demand for wives when there is a finite number, leading to women being bid on—another unwanted result of the ratio debate.

In 2021, we need to realise the value of women in society and that their lives are as important as men. The days of gender selection should be relegated to the past.

While many girls are cherished in these societies as well, and sometimes more coveted than boys, we as ex-pats living in Australia with our broader mindsets need to recognise the degeneracy lurking under the shadows threatening our girls back home. 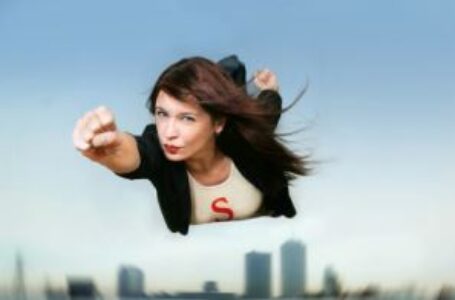