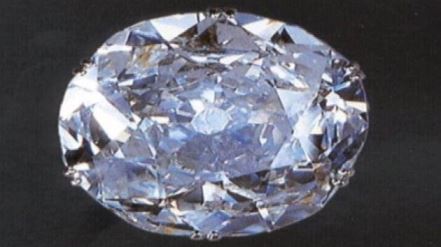 One of Indian history’s most important diamonds is the Kohinoor, which has been supposedly taken from the country during colonisation. Was it a gift? Was it stolen? Regardless, will it ever be given back? The debate rages on.

The Kohinoor was once the world’s largest known diamond. It is easily the most famous diamond of India’s history, with a lot of historians dedicating years of their lives and careers to its study. A large amount of controversy exists with the identity and ownership of the diamond too, with some claiming that it first belonged to Krishna Devaraya of the South Indian Vijayanagara empire.

However, most accounts agree that the Kohinoor now sits among the crown jewels of the Queen of England. It’s reportedly worth 100 million pounds, and now, a certain section of the Indian population – some of them Bollywood stars and businessmen – want it back where it belongs: in India.

This is decidedly a torn debate, with the people of England scoffing at the idea. After all, the Kohinoor was given as a gift to the reigning queen of the time by the last ruler of the Sikhs, Duleep Singh, after the British annexation of Punjab. How can a gift be asked to be returned after such a long time, they ask.

And it has been a long time. The diamond was in the crown worn by the Queen Mother at the coronation of her husband, King George VI in 1937. And it was again worn at Queen Elizabeth’s coronation in 1953.

However, the other side of the argument is that the diamond has been taken from India under what are termed ‘dubious circumstances’. The group of people suing for the return of the Kohinoor, calling themselves ‘The Mountain of Light’, after the diamond’s translated name, insist that the Kohinoor was not given as a gift but was stolen. It was one of the many artefacts taken from India under dubious circumstances, according to the group and their lawyer.

The case will be based on the Holocaust Act, which gives national institutions in the UK power to return stolen art during the colonisation era.

Historians, though, don’t like this one bit. Understandably, they take the stand that the Kohinoor is part of their nation’s history, and they would refuse to part with it. Some historians have gone to the extent of suggesting that the Kohinoor in its current place is the right one for India in ‘gratitude’ for the centuries of British ‘involvement’ in the country. In their opinion, British colonisation was good for India because it created development and democratisation.

While most Indians look back at the time of colonisation as a period of struggle and exploitation, British historians seem to suggest that India should be grateful for it, and the price of that gratitude – the Kohinoor – must rightly sit among the crown jewels.

The International Court of Justice looks like it has a right ripper on their hands, with both sides not backing down on this issue. It will be interesting to see how it pans out.