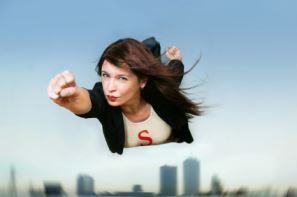 Today, almost four decades into the ‘men-and-women-are-equal’ pity-talk, we meet some superwomen who have found the perfect balance between managing their homes and achieving their career goals.
In a typical three-bedroom house, the mother of a teenage son is seated opposite her husband who is sipping his usual cup of hot tea behind The Times Of India. Now in her late forties, this is Tessy Thomas’s daily morning routine before she heads to work, where she directs India’s Agni missile program. Her professional reputation is such that her colleagues call her “Agniputri”.
She says that science knows neither boundaries nor gender. Though she admits mathematical puzzles remain her first love, she derives as much pleasure from her other job – that of being a mother to a nineteen-year old. Balancing the two worlds can be difficult, she says, but not impossible.
So what is the secret behind the success of women like Tessy?
“It’s important to stay motivated. You may have encountered a snag but that is no reason for you to go off track. Stay focused,” says Piyali Sur, associate professor, Banipur Women’s College, West Bengal. If that seems difficult, keep a physical reminder of your goals somewhere close. Ms Sur has a diary at her work station where she notes down anything that stands in the way of achieving her career goals. “I find that writing something down helps me reflect on it better.”
Other traits may not be as easy to replicate as note-taking, like drive. “It’s this drive that helps women succeed despite all odds,” says Rabindra Sangeet exponent Manisha Nair. “A woman may be tired after a hard day’s chores but if she loves songs, she will indeed squirrel out time for her riyaz.” For a professional struggling to juggle between career and personal life, it is important to understand that she can’t have it all. A perfect, happy life is probably utopian. “You may want it but at the same time admitting that it is not attainable will give you a down-to-earth outlook,” says Konkona, who works as HR-Manager at a telecom major. A smart woman accepts this, and in no way does this diminish her drive. Rather, setting honest and realistic goals often gives you energy and focus.
If you happen to be in a profession that you love, all the more power to you. Women’s double champions Ashwini Ponappa and Jwala Gutta’s passion for badminton has made them the first direct-entry doubles pair at the 2012 Olympics. “Seeing them makes us realise that most of us have lost the love for our professions. To us work is just a job for the pay cheque at the end of the month. It’s sad but true,” says Ishani Gupta, an IT professional.
Empowered women also have another quality — they do not let emotion cloud the judgment. They know when it’s time to quit. “And yes, they also know the ability to channelize emotions into actions. They are an emotionally intelligent lot, not the weepy sort,” says Konkona. They motivate others both in professional and personal relationships. They build, they give, and they nurture. They carry the same traits they exhibit in homemaking to the outside world, and they use it as a blueprint for building not only a rewarding career but also a better society.

Where Did All The Women Go?