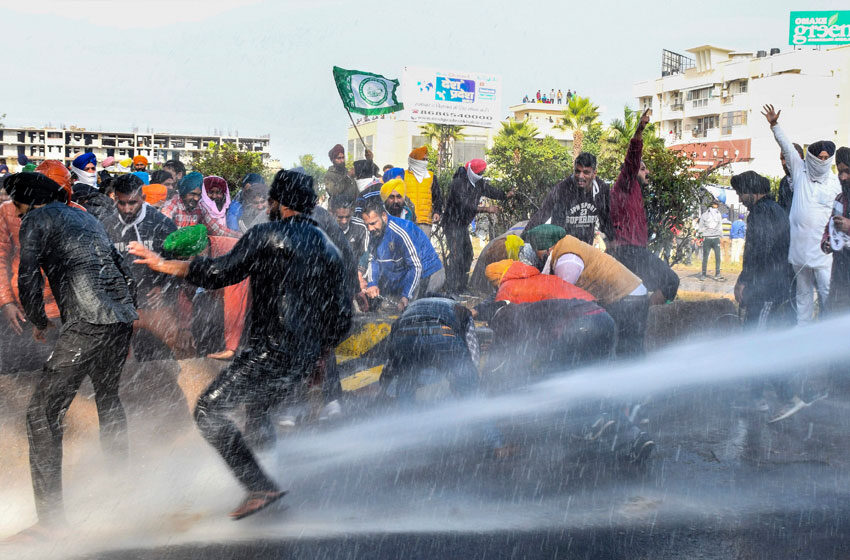 Indian Prime Minister, Narendra Modi, is seeking to change agricultural laws and farmers are not happy. Thousands of farmers have been protesting on the border of Delhi for over a month now, and they are showing no signs of backing down. The protests have now spread as far as Sydney, Toronto and London.

With India’s farming sector making up 15% of its economy and employing around half of the country’s 1.3 billion people, it is clear why so many people are concerned about how the reforms could impact their lives.

Why are they protesting

The new model is said to be market-driven and will allow farmers to sell directly to supermarkets and distribution companies. The government argues that this will give the farmers greater freedom when deciding who to sell to and for how much. Mr Modi argues that “The new agricultural laws have been brought in for the benefit of the farmers.“

Economist Radhika Pandey says, “Because there are such a limited number of buyers, they tend to wield an influence over prices,” so the new model should, in fact, be a positive thing.

However, most of whom come from the “food bowl states” of Punjab and Haryana, the protesting farmers believe that the reforms will leave them at the mercy of big businesses. They fear that big companies like Adani and Reliance will buy out their relatively small plots of land. Adani has recently been the subject of controversy in Australia after being fined for “misinterpreting” environmental approval conditions at their Carmichael coal mine.

This fear that the reforms will eventually lead to losing their lands is what farmers are currently protesting about. After all, while the policies sound good on paper, how can the mostly poor communities and small farmers compete with huge billion-dollar companies.

The president of the Sikh charity ‘Turbans 4 Australia’, Amar Singh, argues that it is because of these lands that people can afford to send their children abroad to study and that “The youth unemployment in India is astronomical. What’s going to happen when the family farm is taken away?”

Farmers are worried that the minimum prices that they currently pay for crops may also be abolished under the new bill. According to agriculture expert Devinder Sharma, despite more than 40% of the population relying on agriculture to live, the industry is rife with poverty because “We have denied the farmers their rightful price for decades, and so the farmers’ anger has been building up over the years.“

Under the current system, farmers auction off their goods at the Agricultural Produce Market Committee. Government controlled minimum prices are set on produce. There are restrictions on who can buy, and there are price caps on essentials. While the idea of setting their own prices sounds good, farmers argue that big companies would drive down prices and that if there is little demand, then they could struggle to meet the minimum cost.

Understandably the plight of the farmers has touched many, including Indians now living in Australia. Protests have been being held in support. Protesters are enraged about the questionable methods of crowd control being used by the Indian forces. Mr Singh told the ABC that they “are concerned about the human rights abuse of peaceful protesters being showered with water cannons and tear gas cannons.”

Samar Kohli, who organised a protest in Sydney, argues that Australian Prime Minister, Scott Morrison, “needs to listen as well. There are a lot of things happening in India that will eventually affect Australia.” He claimed that Adani, a significant donor to Prime Minister Modi’s nationalist Bharatiya Janata Party which also has mining interests in Australia, has been violating human rights in India. However, Adani vehemently denied these claims arguing that it has held relationships with different governments in India for over 30 years and that “the company has no role in deciding the volume of storage or the price of grains as it is only a service/infrastructure provider for FCI.”

Justin Trudeau warned to stay out of it

Canadian Prime Minister, Justin Trudeau, has also spoken out about the protests at a Sikh community event, claiming he is concerned for the protesters’ wellbeing. He went on to say “Let me remind you, Canada will always be there to defend the rights of peaceful protest.” Over 700,000 people of Punjabi heritage live in Canada. They are mostly concentrated in key electorate cities Vancouver and Toronto, so it could be suggested that Trudeau is tactically supporting the cause and trying to win their votes.

India’s foreign ministry has strongly spoken out against Canada’s involvement stating that it was an “unacceptable interference in our internal affairs”. They went on to warn that further involvement would harm future relations between their two countries.

Why Modi has been compared to Thatcher

Journalist Shekhar Gupta first suggested that Modi was trying to have a “Thatcher moment,” and parallels between the UK union strikes of the 1970s and 80s are still being drawn. Most notably, Modi is being compared to former UK Prime Minister Margaret Thatcher due to his stringent reform policies and the subsequent protests that followed.

Despite Modi offering to make some concessions and agreeing to negotiations, the farmers are refusing to back down until the entire reform is scrapped. However, Modi’s party, the BJP, remains popular despite the protests with a 78% approval rating. Having only been in office for 18 months of their second 5-year term, Modi’s government seems to be in a strong position to push the deregulations through.