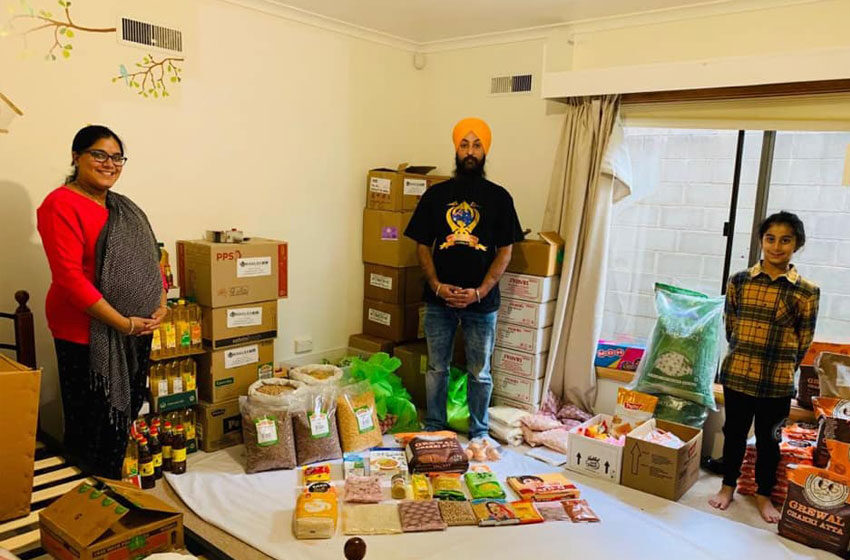 Time and again, Sikhs have proven their dedication to humanity by responding quickly to help people in need. This is especially true in the case of this year’s COVID-19 outbreak in Australia, where these volunteers have been working round the clock to feed families and aid students.

These volunteers belong to
The Australian Sikh Association.

This association has been working for a long time now, cooking meals for the poor and donating the essentials they need. They also deliver food to international travellers who have been quarantined in numerous hotels in Sydney.

Born out of nothing but a genuine attempt at helping people, this association has developed quite a fan base and has succeeded in spreading a lot of goodwill. Jasbir Singh, a volunteer, states that they have been receiving a lot of love and goodwill from the Australians. Sharing the example of an Indian student stuck in Australia who referred to him as an angel, Jasbir said that all the association is focused on is to follow in the footsteps of their Sikh predecessors and gurus.

Not only has the group been gaining traction on social media, but they have also been joined by members of the International Students Help Organisation to create a more significant impact. This is precisely what the world needs right now- More positivity and a unified focus aimed at helping unfortunate people who have been adversely affected by the COVID-19 pandemic.